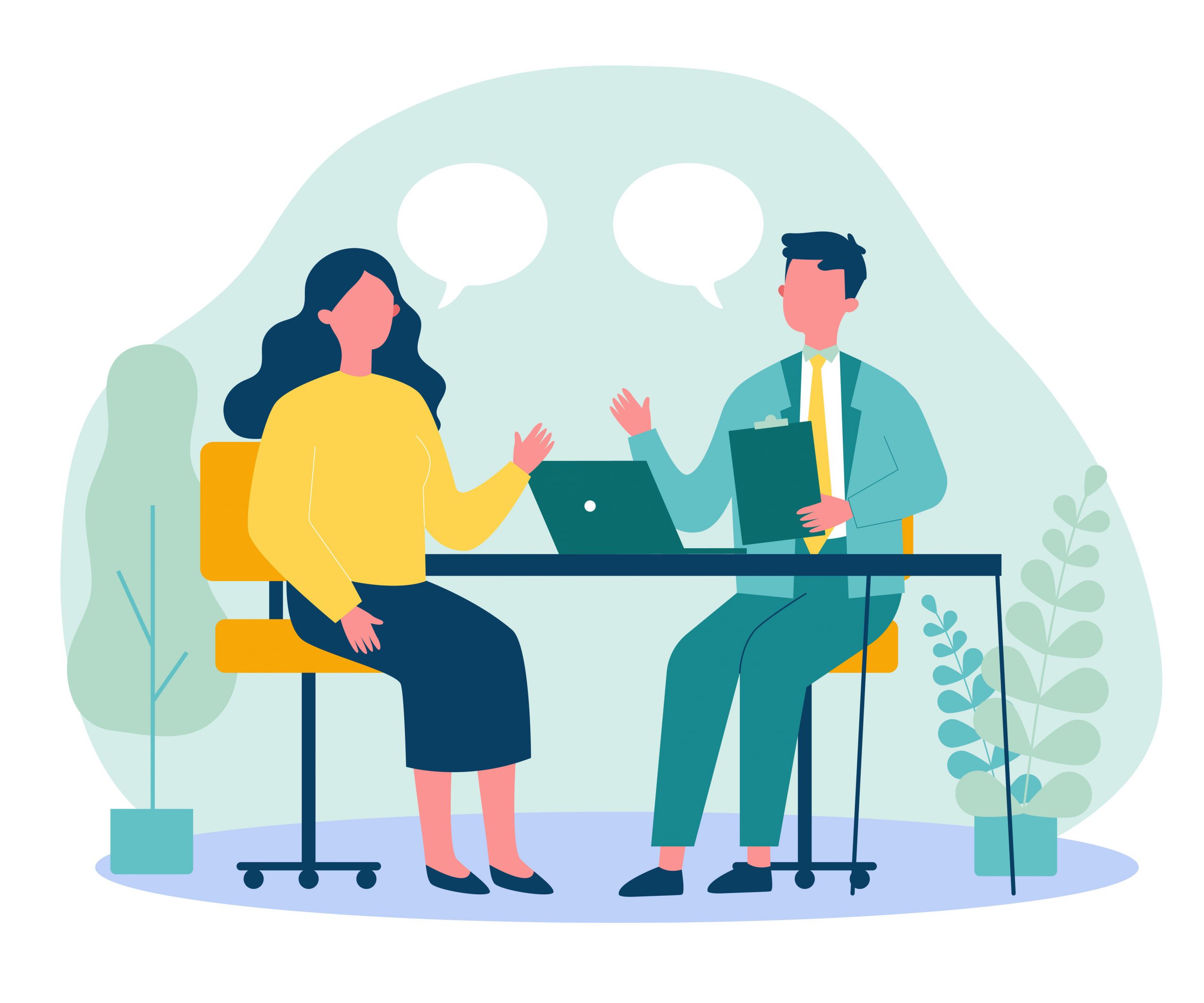 I have a hypothesis regarding a key difference between a great performance and a less-than-great performance by an actor. For instance, I think Anya Taylor-Joy’s performance in the recent Netflix series “The Queen’s Gambit” was amazing. Her character, Beth, possessed a challenging array of dimensions. In any given scene, the emotional range required to authentically express the constant push and pull of those opposed dimensions required extreme discipline in order to accurately represent the nuances of the play between those dimensions. Yet, it wasn’t what she did on-screen that made her performance great. It was what her character was doing off-screen that made it wonderful. Anya built a history of who Beth was and what she had experienced in life prior to when the viewer is first introduced to her. I should also give major kudos to Isla Johnston and Annabeth Kelly, who portray the younger Beths. Along with that history, from scene to scene, her life off of the screen was as evident as her life on the screen. In short, it was the sense of understanding what her life was like and what she was experiencing off-screen that in some cases made her on-screen moments almost secondary to her off-screen moments. It’s life beyond the fourth wall that makes her performance so rich.

Can you see where I’m going with this? When a user is on-screen in one of our experiences, it is possibly secondary and, probably, tertiary to the reality of their everyday lives. As practitioners of human-centered design, empathy with our users is core to the foundations that we build. It’s a defined stage in the design thinking process. The concepts I’ve been tinkering with are raising questions such as, “How can we go deeper with our empathy? How can we account for our users’ off-screen lives in our on-screen experiences in a deeper, more meaningful way, and what does that even mean?”

An article I read years ago, Innovation: too much talk and not enough thinking, by Frank Dillon at The Irish Times, kind of stuck with me. I’ve reread it a few times, particularly whenever I was thinking about something that had to do with innovation, like a presentation.

This article takes a look at Finnish Professor Alf Rehn’s thoughts on Innovation and relates a humorous story about an experiment he conducted during a presentation to the executives of a US corporation. The experiment highlighted an issue he perceives as shallow innovation. In his own words, “As innovation talk has become more and more superficial, we have started seeing a narrowing of innovation thinking where people look to repeat whatever buzzword is beloved at the moment – be it gamification, open innovation, freemium as a business model, or AI – rather than what impact it may have.” What Professor Rehn proposes is, rather than businesses focusing their innovation on extending product lines and being profit focused, deep innovation is about focusing on real, major problems. Dillon writes, “Rehn draws the analogy of shallow innovation being creating an app to find the best time to go to the beach while deep innovation is about creating a way to clean plastics from the ocean.

Like many of us, I love Ted Talks. Recently, as I was deciding what to write about in this first post for Mediabarn, I went back and watched their playlist, “8 ways to fuel innovation.” They all spoke to me, but one that really stuck with me in the context of this post was Steven Johnson’s talk during TEDGlobal 2010, “Where Good Ideas Come From.” During his talk, Steven relates a story involving the organization, Design That Matters. Their self-description is  “We are a non-profit that solves problems for and with the poor in developing countries.” I love the “for and with” in their description. Anyway, Steven tells a story about how they were looking to solve the issue of infant mortality rates in the developing world. It is generally known that getting neonatal incubators into any community will halve neonatal mortality rates. So, by actually going into some of these communities and speaking with folks on all sides of the equation, they found that sending a ~$40k incubator into a midsized village in Africa would work for a year or two. However, when that piece of equipment eventually broke, it would stay broken. There was usually no one in the village that was qualified to repair the equipment. So, Tim Prestero, the CEO of Design That Matters, and his team looked around to find what different technologies the majority of these communities had in common. By visiting a sampling of these target communities they found that an overwhelming majority of them had cars in operation, so they said, “Let’s see if we can build an incubator using car parts, which are locally available.” Here’s what they came up with: 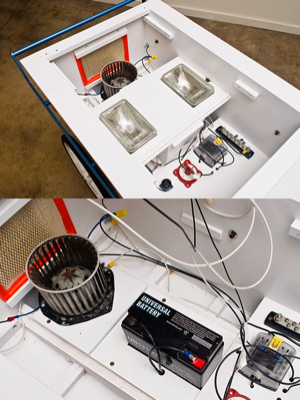 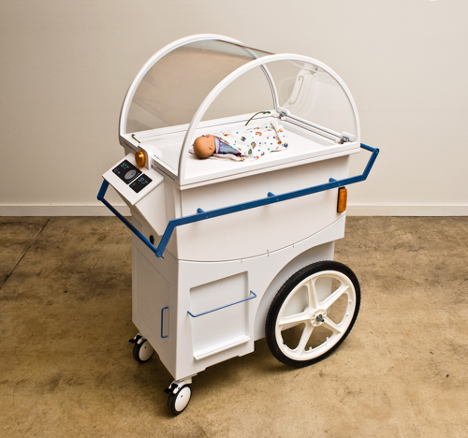 Neonurture. It looks like, and is, a sophisticated piece of technology (which is actually important to hospital administrators in any community), that uses auto parts so that when it eventually breaks, parts and technicians are readily available. Brilliant, right?

Steve’s story stuck with me. I was even, I might say, inspired. How might we at Mediabarn learn from this and apply it to the work we do for our partners? Then, I started thinking about the Neonurture and Deep Innovation in the context of Mediabarn’s ongoing work at the IRS.

Our IRS team, researchers, designers, recruiters, lab managers and technicians, conduct roughly 16 hours of usability testing per month. Sometimes more – our busiest month was probably double that. For the last year it has all been virtual, utilizing various screen-sharing services. Testing days are usually full days and one of the things I love to do is listen in. Some of the insights we learn are absolutely fascinating. Everything from how people accomplish tasks related to the IRS to how they feel about the IRS or paying taxes, and, of course, how our prototype UIs are or are not fulfilling their needs. I’m usually multitasking while I’m listening and, sometimes, when a participant comes through who is really comfortable, enough to really let their personality come through, or maybe gets a little emotional, I’ll pause whatever I’m doing, close my eyes and try to imagine who they are. I’ll try to imagine what they might look like, the room they’re sitting in, how they entered the room to begin the session, what their day has been like up to this moment, what they’re going to do when the session is over, what their joys, struggles, and dreams might be, and, lately, how all of those non-IRS things can become relevant and possibly addressed, even in some small way, by the experiences we are building, to make other areas of their lives a bit better.

As human-centered designers, should we try using a deep(er) focus on people? How would we do that? How do we “get on the ground’ with them to better understand the non-IRS nuances of their lives? Should we be taking into account their hopes, goals, challenges (you know, the human stuff), all those life things that are going on when they are not engaging in one of our experiences– the off-screen stuff.

Always up for a challenge, we take pride in the work we do and satisfaction in the results we achieve for our clients.

Contact us to discuss a new opportunity or begin your partnership with Mediabarn.